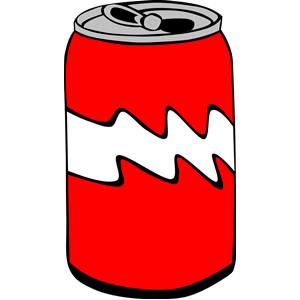 In a time when obesity rates in the U.S. are skyrocketing, America needs a consistent solution. To combat one major cause of obesity in sugar intake, a beverage tax is absolutely necessary. Many have been implemented across the country, but none have been so effective as to discourage enough people from buying soda. In fact, soda prices are so low that they discourage people from buying water! The water-soda price difference should be a key part in determining the cost of soda, so I created an algorithm to base beverage regulation on.
When producing my algorithm for price regulation, I compared the price per fluid ounce of water to soda, and what I found is simplified in the following chart:

The chart highlights the disparity between water and soda prices, most notably that water is about 2.5 times the price of soda per fluid ounce. Water is much healthier than soda, (especially diet soda because of its artificial sugar) so I decided that in order to persuade people to choose water, the price for soda per fluid ounce should be at least more than the price of water. Thus, I had an idea for regulation that makes a minimum price of 7.5 cents per fluid ounce plus a tax of 15%.

This soda regulation is necessary because it drastically increases the price of soda, discouraging people from buying this destroyer of health. Businesses would soon refuse to sell soda, and suppliers would have no choice but to minimize soda production. At some point in this scenario, soda becomes so unpopular that it goes out of the market all together. Mission accomplished.
Despite the high cost of soda, many people could benefit from the regulation. The soda-guzzling public would have to pay less for healthcare because they do not have to deal with the damaging effects of soda, and the surplus money that they hand over to businesses would stimulate business and economic growth. The economy could stabilize itself from the new boost, and move on to industries that do not harm the American people. If this tax satisfies its objectives, other taxes and price hikes on similar products like alcohol, tobacco, and easily accessible drugs should be considered. If the “forgotten” American people outside of Washington are to be remembered, this Congress must make a commitment to their health, and in turn, cultivate endless prosperity.