Adopt a family is where Student Council “adopted” 3 families from the Vernon Township Administrative Center, and then bought holiday gifts from each family’s wishlist. Then, council members went on a shopping trip to Kohl’s to purchase gifts from those lists, such as jackets, jeans, shorts, kitchenware, and purses. Next, they wrapped them in 3 different types of wrapping paper. The families chosen to be given to were families #50, #51, and #52.

They wanted to create this activity as a fun and festive way to transition into the holiday season and spread joy to other families in our community that may not be able to afford holiday gifts for their family. At parent-teacher conferences, student council sold bowls painted by student council members and handmade pouches by Sinh Lai’s mom. They took shifts from different times of the two days of parent-teacher conferences, Thursday and Monday, to take turns selling bowls. Also, student council tried to promote the taking of the leaves of the giving tree. The giving tree was where some families took leaves from the tree and bought the items back after. The families had to turn it in on a certain due date.

“I like Student Council because I find it to be an interesting and fun experience. I enjoy participating in this after school team, because it gives me an opportunity to help others in my community. Ms. Buffa is a organized, and creative person. I absolutely recommend it for next year, so please join!” quoted Soheni.

Do you have a tradition for the holidays? A secret Santa exchange or a traditional cookie recipe? Do you make snow angels and read books in front of the fire? Many people do, there’s no other way to celebrate the holidays with your family and friends.

When winter break rolls around, you expect at least one thing— snow. As elementary students, we ran outside at the sighting of the first flake and built snowmen, made snow angels, and went sledding. This year, there was almost no snow, but we got our snow in January. When we get older however, we need to help our moms and dads with shoveling and we need to deal with the traffic that holds up our schedules. Either way— young or old, we all need a snow day in our agenda!

As you bake cookies or drink hot chocolate, a holiday song usually plays in the background, whether it’s “All I Want For Christmas Is You” by Mariah Carey or “Let It Go” by Idina Menzel. Festivals of all sorts also encourage this kind of cheer, such as Jingle Bash. There are other festivities in Illinois as well, such as the Homewood chocolate fest and one in Chicago, the Winter Wonderfest. 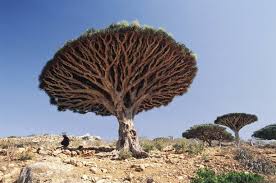 Welcome! Meet the island paradise of Socotra near the country of Yemen!

Socotra is part of an archipelago of four islands. The island is only 250 km

long, however many say that this mysterious island is ‘a wonder of the world’ since it has not been touched for many centuries and holds many fascinating secrets. Places like this are not found all over the world. Places such as Socotra are rare but real. Very real.

This island is the pure definition of miracle, based upon its wide variety of animal and plant species and extravagant land features that are solely found on this island. Specifically, this extraordinary island is also rumored to have trees that have lived for over twenty million years! No one lives on the island, however tourists don’t let that fact lay them down. Some tourists have said from their travels that “the sand is so bright that you have to squint to look at it” or that “The water is so blue, that when you take a photo, it almost looks photoshopped.”

Even if the word ‘paradise’ is a fitting name for the island, another word that can be used to describe the island would be ‘treacherous’. Winds exceeds high speeds all throughout the island. The average wind speed is a whopping 39 mph on a normal basis. In fact, the trees of the island actually grow inside out to adapt to the wind. Such trees are called Dragon’s Blood Trees.

There is also a wide variety of animals living on the island. Hundreds of birds,

such as the Starling Birds, live all throughout the island, and in fact, 10 species of birds on the island are not found anywhere else. Land snails climb up the various types of trees and the Chamaeleo monachus (chameleon) roams the island freely, as the island is its species’ only home. Even some strange looking plants inhabit the island too. For instance, the Cucumber Trees (that look similarly to cucumbers poking out of the ground) and the Dragon’s Blood Trees (as mentioned above) live on the island in their own respective ways.

Socotra is very enigmatic, but gorgeous and vibrant with life at the same time.

Link to a video from Weather Channel https://m.youtube.com/watch?v=Bay8rVaJwIo

Imagine going through every second of life paranoid about being an outcast. Every move made seems to be silently condemned by your peers and you have no way of stopping the onslaught of cryptic criticism. Years upon years of this life tear at the spirit, forcing it to build a resistance with whatever it can, and it refuses to go toward normality. At the root of this complication that causes internal conflicts and social insecurity for many people is our society’s behavior. So that this complication is stopped in its tracks, the insults, bullying, and power abuse that pervade our world must become minimal. However, it is incredibly difficult to stamp out every small insult or instance of bullying because the people who act in such a horrendous way will have an alternate perception of their actions.
One of the times I witnessed this was when I was told to speak in words like a real person, implying that I am not a real person or that even though I am one, I’m not worthy of being that. The person who said it to me had a different perception, and simply wanted me to speak in words. To her, it seemed abnormal that I would not use the standard form of human communication, but I have a reason for doing so. I do not use words when no words can describe how I’m feeling. Nobody chose to understand this, and because people can be so ignorant, they stand in the way of the progress that could be made to stop the under-the-radar bullying. In order to minimize the atrocious behavior that plagues our society, we must ensure that people understand whose right it is to choose how they want to be in life. Ignorance must go!

In a time when obesity rates in the U.S. are skyrocketing, America needs a consistent solution. To combat one major cause of obesity in sugar intake, a beverage tax is absolutely necessary. Many have been implemented across the country, but none have been so effective as to discourage enough people from buying soda. In fact, soda prices are so low that they discourage people from buying water! The water-soda price difference should be a key part in determining the cost of soda, so I created an algorithm to base beverage regulation on.
When producing my algorithm for price regulation, I compared the price per fluid ounce of water to soda, and what I found is simplified in the following chart:

The chart highlights the disparity between water and soda prices, most notably that water is about 2.5 times the price of soda per fluid ounce. Water is much healthier than soda, (especially diet soda because of its artificial sugar) so I decided that in order to persuade people to choose water, the price for soda per fluid ounce should be at least more than the price of water. Thus, I had an idea for regulation that makes a minimum price of 7.5 cents per fluid ounce plus a tax of 15%.

This soda regulation is necessary because it drastically increases the price of soda, discouraging people from buying this destroyer of health. Businesses would soon refuse to sell soda, and suppliers would have no choice but to minimize soda production. At some point in this scenario, soda becomes so unpopular that it goes out of the market all together. Mission accomplished.
Despite the high cost of soda, many people could benefit from the regulation. The soda-guzzling public would have to pay less for healthcare because they do not have to deal with the damaging effects of soda, and the surplus money that they hand over to businesses would stimulate business and economic growth. The economy could stabilize itself from the new boost, and move on to industries that do not harm the American people. If this tax satisfies its objectives, other taxes and price hikes on similar products like alcohol, tobacco, and easily accessible drugs should be considered. If the “forgotten” American people outside of Washington are to be remembered, this Congress must make a commitment to their health, and in turn, cultivate endless prosperity.